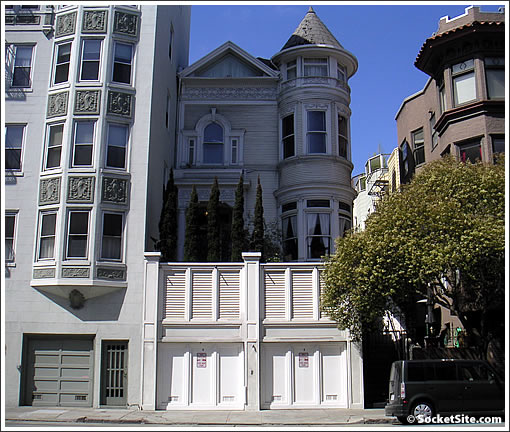 Once again, previous owners of the Pacific Heights home at 1945 Franklin Street have included Nicholas Cage and Patricia Arquette. And as plugged-in people know, the infamous Excalibur with “ACQUIRE” license plates currently resides in the garage.

No word from the now ex-owner who runs a boutique investment bank advising clients in ways to borrow money and appears to have walked away with well over $2,000,000 that had been borrowed against the house along with a few years (and counting) of payment free living in Pacific Heights.

Actual Versus "The Index" For A Contemporary Corona Heights Home