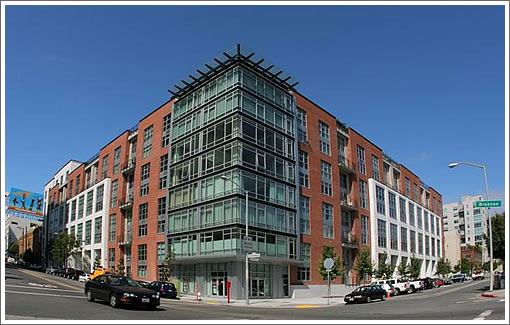 As we reported with respect to a polished South Beach apple back in February:

With new hardwood floors in place, it’s not perfectly apples-to-apples, but we’ll call it close enough. And if you think you know South Beach, now’s the time to tell.

In the words of a plugged-in LegacyDude on the record at the time:

I think I know South Beach. And I know this building, although I’ve not seen this particular unit. If it’s the floor plan I’m thinking of, it’s really more suitable for a couple, as the layout would not work well for roommates despite being a 2/2. So not a great rental.

That said, dumb tech money is back in Soma, so I don’t think the ask is outside the realm of possibility. I don’t follow 200 Brannan that closely, but looks like recent sales have averaged ~$700 psf. Assuming this unit has no critical flaws that are hidden in the pictures, and the square footage is accurate, it could go for/close to asking. I’ll guess $1.35 to hedge myself.

BofA Offers To Forgive Principal (If It Makes Economic Sense)