From Cala To Condos To Trader Joe’s At 1401 California

Clearing up some confusion with respect to the current home of Cala Foods at 1401 California, the grocery store’s lease ends on December 31, 2010 (not 2009).

And if all goes as the Prado Group (think 2001 Market) plans, demolition will start soon thereafter and in its place will rise around 107 residential units over 30,000 square feet of retail including a replacement “neighborhood-serving grocery store.”

And it didn’t (go as planned). Instead, renovations versus razing is expected to commence this coming January with a 14,000 square foot Trader Joe’s in place by the end of 2012.
As the now defunct project had last been proposed to look (click on images to enlarge): 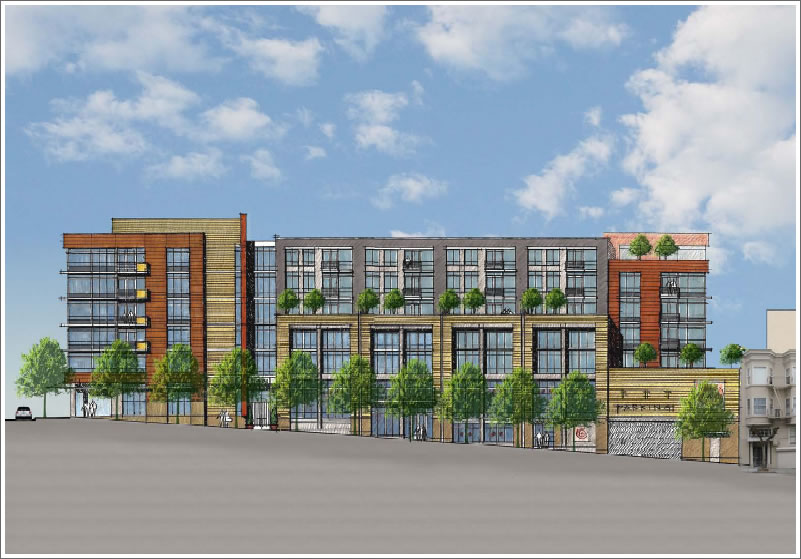 And Then Reduce It Too…