On Tap At Tomorrow’s Planning Meeting: A Magnolia Brewery On Third 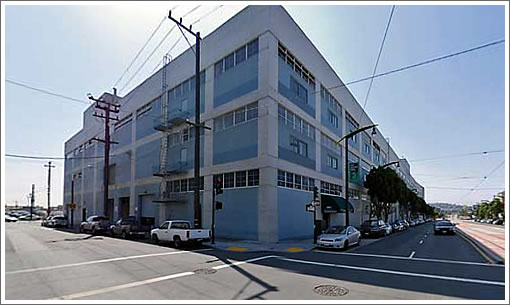 On tap for a vote at tomorrow’s Planning Commission meeting, a request to convert an 8,300 square foot vacant ground floor space inside the American Industrial Center at 2505 3rd Street (corner of 22nd) into a 5,900 square foot Magnolia Brewery and 2,400 square foot full-service restaurant.

The proposed brewery is designed to add capacity to Magnolia’s total beer production in order to meet increased demand at its restaurant, to supply beer to the proposed new restaurant, and to meet existing wholesale demand. The brewery will initially contain three to four fermentation vessels and produce 60 to 80 barrels per week.

Brewing operations will take place during regular weekday hours, with occasional brewing on weekends as needed. Deliveries would be limited to several per week from vendors, and one to three pick‐ups per week.

The restaurant concept is not completely finalized, but the final concept and food program is expected to be similar to the Magnolia Gastropub and Brewery and Alembic Bar, its sister restaurant also in the Haight.

And with respect to other items on the Planning Commission agenda, it appears as though the ongoing debate over the proposed development at 35 Lloyd will be continued for at least another week.
∙ San Francisco’s Planning Commission Agenda: 12/2/10 [sf-planning.org]
∙ 35 Lloyd Redux: It’s Getting Hot Out There In Here… [SocketSite]

Might Some Find The Sale Price To Be As Stunning As The Design?

Could DeLano’s Loss Be A Trader Joe’s Gain For The Castro?