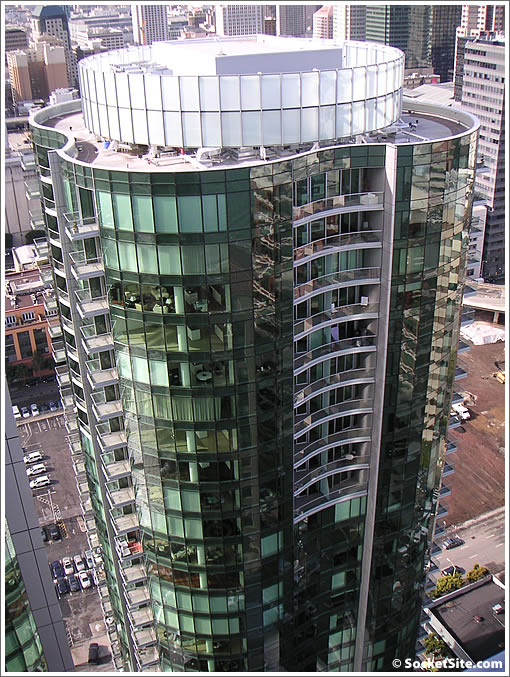 From the sales office at The Infinity:

UPDATE: Parsing the language, we estimate the treetops to be roughly 90 percent sold and “Phase One” (Tower I and the Treetops) at 97 percent closed overall. We’ll also call it roughly 40 net new Phase One sales and roughly 165 net new Tower II sales over the past eight months.
Keep in mind significant sales office discounting (over 30% for some) has been in play but has also eased up over the past couple of months.
UPDATE: A plugged-in reader believes that all the treetop units have all closed. If so, call it closer to 50 net new Phase One sales (and a Phase One closeout) over the past eight months. And either way, call it just under a hundred to go.
UPDATE: Another plugged-in reader adds: “As of two weeks ago, there were 47 available units at the Infinity…so that translates to something like 552 closed, 51 under contract, 47 available.”
∙ Infinity Tower Two Sales Update: 50 Contracts Total Since January 1 [SocketSite]
∙ Infinity Sales Update: New Contracts Up But Driven By Discounts [SocketSite]

September Case-Shiller: Bottom Tiers Up But Flat At Top For SF MSA