The SocketSite Scoop On 2542 Fillmore: In A Word, Whoops. 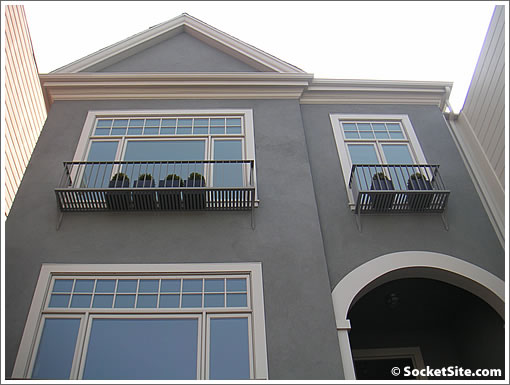 Two months ago the reconstructed 2542 Fillmore hit the market with a $4,995,000 price tag, a well received cocktail party and buzz, and an offer date. Shortly after said party, but before the official offer date, a pre-emptive offer arrives: $5,500,000 cash with a five day close. It’s refused (and not on principle, but rather something about wanting to see a six).
The list price is increased to $5,250,000 and the offer date comes and goes (possibly in the reverse order). No offers. Not even from the party that originally offered $5,500,000. Whoops.
The good news, word on the street is that it might be in contract. No word on at what price (or to whom).
UPDATE: And two hours after we published, it’s officially “In Escrow – Firm” on the MLS.
∙ Built In 1904 (But “Reconstructed” A Century Later): 2542 Fillmore [SocketSite]