The Heritage On Fillmore (1300 Fillmore) 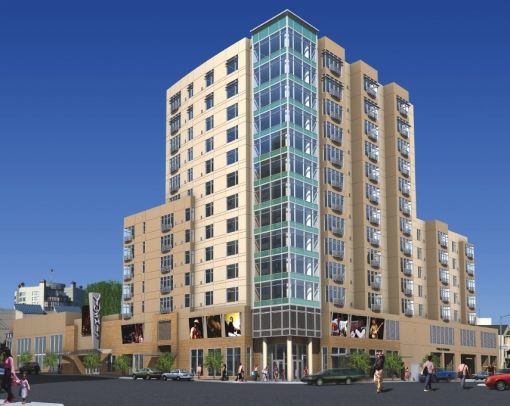 Integrated into the Fillmore Heritage Center, the Heritage on Fillmore (1300 Fillmore) will consist of 80 condominiums (including 12 BMR units) ranging from one to three bedrooms. At the base of the development you’ll find Yoshi’s San Francisco, the Blue Mirror restaurant & Lounge, and the Jazz Heritage Center.

The project’s financial success hinges on the sale of 68 market-rate condos that have been priced from $500,000 to $890,000. The project’s artistic success relies on patrons flocking from all over the Bay Area to see international acts at Yoshi’s.

Sorry, No Neighborhoods Are Immune

The President Of N.A.R. Goes To Washington